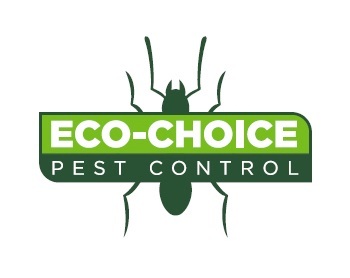 We're pretty fond of bees - honeybees, that is. We keep hives in our backyard and love learning from these beneficial pollinators as we observe them and their fascinating behaviour.

It can be difficult to distinguish between honeybees, bumblebees, wasps and other kinds of bees. Given the current plight of the honeybee, it's really important to make sure you know what you're dealing with. See below for a photo guide to the difference between the major types of bee/wasp that you'll find in and around buildings, and some further information on them.

If you have a honeybee colony in your house or yard, don't be afraid to call us! We have constructed a 'bee vacuum' that allows us to collect the colony unharmed, and bring it back to our yard to rear with our own bees!

Honeybees are fuzzy, with a golden orange colour between black stripes. They can often be seen with tufts of pollen on their hind legs. They will congregate in large groups but will often forage solo. Colonies will swarm in late spring or early summer as their population expands and becomes too large for the hive, resulting in a cluster of bees on buildings, branches or anywhere else the queen chooses to land. She lays eggs before leaving and takes half the colony with her - the remaining workers will feed some eggs royal jelly in order to create a new queen, while the old queen and her loyal subjects go out in search of a new home. Honeybees should only be exterminated as a very last resort.

Wasps and hornets vary in appearance but are always hairless. Some species in this area have bright yellow stripes, others are all black. They can deliver multiple stings without losing their stinger or dying, and tend to be more defensive of their nest, making them seem more aggressive. Wasp colonies can create nests out of paper or other materials, other species nest in the ground, making them especially hard to find and avoid.

Bumblebees are yellow and black and very fuzzy, sometimes with a rust coloured patch on their back. They live in colonies but do not tend to actively defend the nest so stings are rare, though any animal will get testy if you bother it enough. This is a good trait for a beneficial pollinator because it results in them mostly being left alone. Bumblebees create very small amounts of honey, enough to feed the colony but not enough to harvest. They do not build wax as this photo suggests, this particular bumblebee robbed honey out of some comb produced by our honeybees.

There are several species of wasp generally referred to as 'wood wasps' belonging to the ichneumon family, which look very alarming due to their long 'stinger'. These wasps tend to be quite large and some species have a 'stinger' longer than their body! It is not actually a stinger, but rather an ovipositor, used to deposit eggs. These creatures, though terrifying at first, are often beneficial because they parasitize other organisms (usually pests). Many species inject their ovipositor into trees and lay eggs under the bark to parasitize grubs or other insects which may be harmful to the tree.

There are about 400 species of bee native to Ontario, though the honeybee is not included. There are no honeybees native to North America, they have all been brought here from Europe or other parts of the world. Most beekeepers in Canada rear some sort of European honeybee, ourselves included – we have bees from Italy and Austria. We are likely the only exterminators who also keep bees…we’ll never claim to ‘bee’ normal, but I digress. All native bees, along with the introduced honeybees, are beneficial pollinators and have fuzz or hair. The native species tend to pollinate one particular plant which they evolved with. For example squash bees pollinate only, you guessed it, squash plants. Honeybees were introduced because they are much broader in their nectar sourcing and thus pollinate many different kinds of plants.

Native bees live either live in colonies or are solitary species. Often solitary species will nest very close to other individuals though, making it appear that they are actually a colony. Native bees will typically nest close to their nectar source, so are commonly found near gardens or fields.

Bee health is of vital importance with the prevalence of colony collapse disorder and its multiple causes. The ecological service provided by honeybees and other pollinators is unparalleled by human means and preserving beneficial species’ is a responsibility we all share. Minimizing pesticides and agricultural chemicals is a huge step, but backyard beekeepers and gardeners can go a long way. Make sure the plants you purchase are not genetically modified and do not contain neonicotinoids…yes, there are plants sold as pollinator plants with harmful chemicals embedded right into the plant material. If you want some help with what to plant, email us for a list of pollinator plants along with bloom times and native plants.

Honeybee colonies swarm when their population gets too large for their home. The queen will lay eggs and then leave the colony in search of a new home, bringing approximately half the colony with her. The bees that remain in the hive have the ability to create a new queen out of one of the eggs left behind and this results in a split of the colony. This is when we tend to get honeybees in our buildings. Some people think this is great and leave the colony to thrive on its own, but often this creates more problems down the line. The honey accumulation will attract other insects such as wasps and other bee species, or even nuisance mammals such as raccoons, and in rare scenarios, bears! The colony either dies off in the winter if there is not enough heat, or thrives for years until the population becomes too large for the homeowner to handle - people tend to get annoyed when their walls buzz all summer...it's happened! Most pest control providers refuse to exterminate honeybees, which is excellent, but they'll id them, bill you for the visit and leave without helping. Not us!

We built a bee vacuum, pictured here, so in the right situation we can vacuum up the bees in search of the queen. If we get the queen, the rest of the colony will follow and we can contain them all and transport them to one of our hives. This is chemical free, non-lethal removal which allows the colony to survive long term and protects the species as a whole. This is a great way to contribute to the global conservation of honeybees - insects we all need to be healthy!!